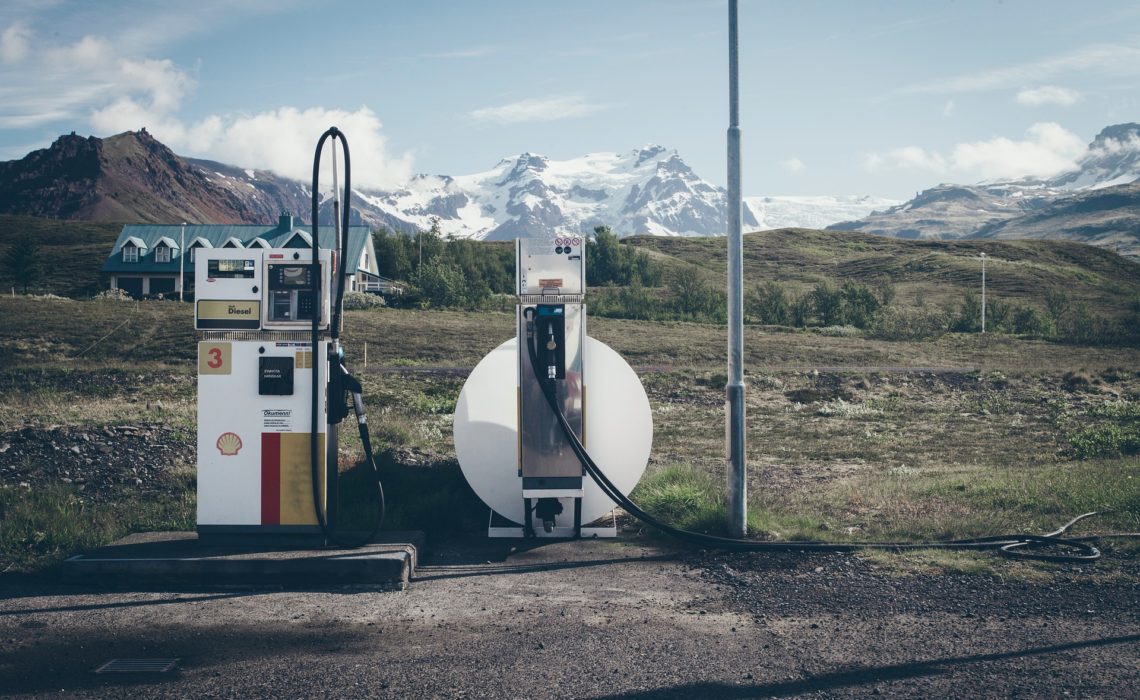 A huge decision we had to make when purchasing our vans was whether to go for gasoline or diesel. After quite a bit of debate and research, we never came to a conclusion, which was better because there is a strong argument for both. That is why we decided on one gas and one diesel.

I knew that I was going to be purchasing a used van and a used diesel Promaster 2500 was pretty hard to come by. Within 500 miles of San Diego I was able to find 3 that were 159” high roof. I lucked out and found one in Arizona with 81k miles for $22,500. Lucky for me, I was the first to inquire about it and by the time I got to Arizona that week he had a list of potential buyers. Definitely a hot ticket item. Adam was more in the market for a new van and after shopping around he found that the price and availability of new gas vans were much better. In short, we made a quick list of potential pros and cons when getting a diesel or a gas van for #vanlife.

According to the U.S Department of Energy, diesel motors are about 35% more efficient than gasoline. I can’t answer the question of why manufactures of diesel motors don’t post the MPG of the vehicles they produce, but we have a good idea why after we compared our miles per gallon. When my diesel van was empty I was getting about 28mpg, but now that it is weighted down with all the cabinetry, flooring, etc., I’m getting about 23mpg. Adam in his gasoline van, is getting 15-17 mpg, but didn’t notice a big drop from when the van was empty to once it was fully built out. Another consideration was the cost of diesel and also finding it when traveling in cities. So far I haven’t had any issues with finding a gas station that has diesel, but being about 20-30 cents higher per gallon, it does hit the wallet. In total, I’m getting close to 500 miles per tank vs. Adam’s gas van gets between 350-400 miles per tank.

After talking to a handful of mechanics and doing the research online, its no contest that diesel will cost you more in labor, parts, and general maintenance. As soon as I got my van, I knew I wanted to do all the filters myself, so I had a reference of when it was done last, and I was instructed by my mechanic to only use Mopar filters. After it was all ordered, the oil, filters, cabin and air filter set me back a good $250 – not to mention the motor holds 9L of oil which was about another $90. Woof. Adam has a huge advantage here. because he bought new, he has a maintenance package with his van that takes care of all his oil changes for him. Shopping the filters would only run about $80 for his van. Big difference.

All of the articles I have read, made it pretty clear that the life of a diesel engine is about 1/3 longer than that of a gasoline engine. This is mainly due to the construction of the engine itself and the need for it to be able to handle higher temperatures and compression ratios than a gas engine, in addition to the diesel exhaust being less corrosive than gas. I was only able to get estimates of how long each was expected to last, but what I found was gas is expected to last to roughly 200,000 miles while diesel was expected to see 310,000.

This was an unexpected benefit for gas motors, but back in 2006, regulations required new diesel motors to run on ultra low sulfur diesel, which isn’t always available when traveling abroad, especially in Mexico. Currently, what I’m seeing is you have about a 50/50 chance of finding ultra low sulfur at stations there.

This was a great option for me, because when debating if this lifestyle was right for me, I wanted to know that if I did fail at #vanlife (what is failure anyways?), what was my overall loss going to look like compared to how much I would lose if I continued paying rent. After doing some research with KBB, I was seeing that the overall drop in value as miles increased on the diesel, wasn’t significant, even when approaching 150,000 miles, and I knew from experience when shopping for my van, that demand is particularly high, so that actually made me feel a little better about my purchase. The same was true with the gas Promasters. We were seeing listings for used 2500 high roof gas vans with 30,000 miles selling for only about $3,000 less than what Adam paid new. Not bad at all.

These were the big debates we had over gas vs. diesel and we never really agreed on what was better. In the end, we found that each was better suited for our individual lifestyles. I am an avid commuter and have put about 15k miles on my van in about 5 months, while Adam has put about 6k on his in 4 months. If things like starting your van in freezing temps, towing, and pulling a trailer are all considerations, then much more research will be required.

On a final note, I did look into the environmental aspect of both and from what I was able to find, that diesel has a long time record of being worse than gas for emissions. However, after some regulations that changed in 2010, it is looking like they are much more comparable. Personal opinion, but I’m going to assume that diesel is worse based off of how much soot from the exhaust I’m washing off my van each week, but it hard to say for sure.

Adding a Subfloor and RattleTrap to Your Van